The United Way’s ALICE project (Asset Limited, Incom Constrained, Employed) has just reported  that 43% of American households do not earn enough to cover basic expenses such as food and housing and, in the same breath, that the unemployment rate has fallen below 4% for the first time since 2000.

Our own state of California (and only two others in the country) has the largest share of struggling families at 49%. With a national average of 66% of all jobs paying less than $20 an hour, perhaps this all is no surprise but it’s clearly putting a smack on the housing market and why so many are renting instead of buying a home.

You may have seen me wandering about our yard with a grab stick patiently, endlessly, picking up pine cones. You would not be the first to wonder why an otherwise normal appearing man would spend time trying to undo one of nature’s efforts to make more pine trees. Nobody has come right out and called me loony yet but I get a lot of curious looks from people driving by.

Dry cones are a good way to start a wood fire in the stove of course. And getting outdoors beats sitting at a computer or watching TV any day. There is yet another reason and that is when you step on a pine cone your ankle wants to go sideways which is not a good thing.

But the title of this post is that there is a dark and sinister REASON THEY KEEP FALLING AND FILLING UP MY YARD ! This took a great deal of thought and I’m pretty sure the logic holds. What happens you see is that the tree feels the cone hitting the ground. It actually senses the 4 or 5 ounces of weight resting there nearby and takes some measure of comfort from that sensation.

You’ve read that plants might have feelings, right? So maybe it’s true and when some yo-yo comes around and starts collecting these pine cones the tree thinks to itself, why I better get busy and replace them!

This, gentle reader, is why your yard and mine will never lack a rich carpet of pine cones to twist your ankles when we wander amongst them.

The three of us, Sally, Hillary, and myself, just got home from three hour class on real estate ethics in Redding. Here are a few take-home thoughts that seemed worth sharing:

As with any industry, there are abuses but in our business, knowing that we can be reprimanded, fined, or even lose our license for failing to abide high standards of service to you, our client makes us proud and keeps us sharp.

I’ll find a picture for this but in the meantime I just wanted to share how each of us may feel about our formative (musical it seems) high school times. Right now I’m listening to Roy Orbison for example, Anything You Want, You Got It. The support singers did a lot to make his fame and I’m sorry to admit that I blast it on Pandora when I can. Sally usually goes in the other room.

It’s emotional of course (now it’s the Ronettes and Be My Baby so it’s pretty clear how far down this road I’ve gone).  But don’t we all hear tunes like these in relaxing, romatic moments?

Our time was the 1960’s. There was a lot of folk music but also some very serious rock as well. Percy Sledge did his When a Man Loves a Woman (you almost carry those lyrics when you hear that lead-in) and there were countless others.

But before Percy, in our high school senior years there was a whole group of slow-dance 45’s. In the Still of the Night being one of my prom favorites to this day. “In the still of the night sho-be-do . . .”. It was so lovely and so smooshy I’m amazed I didn’t marry the girl that night. And the Flamingos with “I Only Have Eyes For You“.

And on it goes down memory lane.

This is a fascinating local tale that few visitors know and it survives as a political movement even today here in Northern California. Well worth your time to read on Google but here is a very short version:

In 1941, before Pearl Harbor, seven rural counties in Southern Oregon and Northern California (see map) had been so neglected by their respective state governments that they rebelled and threatened to form a new state. On Nov. 27th a few young men, brandishing deer rifles for dramatic effect, blockaded Highway 99 just south of our county seat in Yreka, Siskiyou County. They handed out leaflets proclaiming that 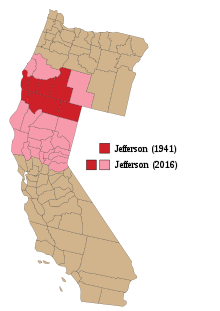 “the State of Jefferson was in patriotic rebellion against the States of California and Oregon and would continue to secede every Thursday until further notice!”

Hilarious as this must have appeared to the blocked motorists, a ‘governor’ John Leon Childs of Crescent City, CA was ‘elected’ on Dec. 4, 1941. Pearl Harbor of course ended the movement rather dramatically just three days later.

But it never really died. As recently as 2016 it was noted that most of the rural counties that would have been included in the State of Jefferson voted heavily for Donald Trump whereas the rest of California voted mostly for Hillary Clinton, reflecting perhaps again how divided Northern and Southern California are still. The sentiment is still alive and well. Signs on barns along Interstate Five, Jefferson Public Radio, and dozens of these flags can be seen around our county to this day. 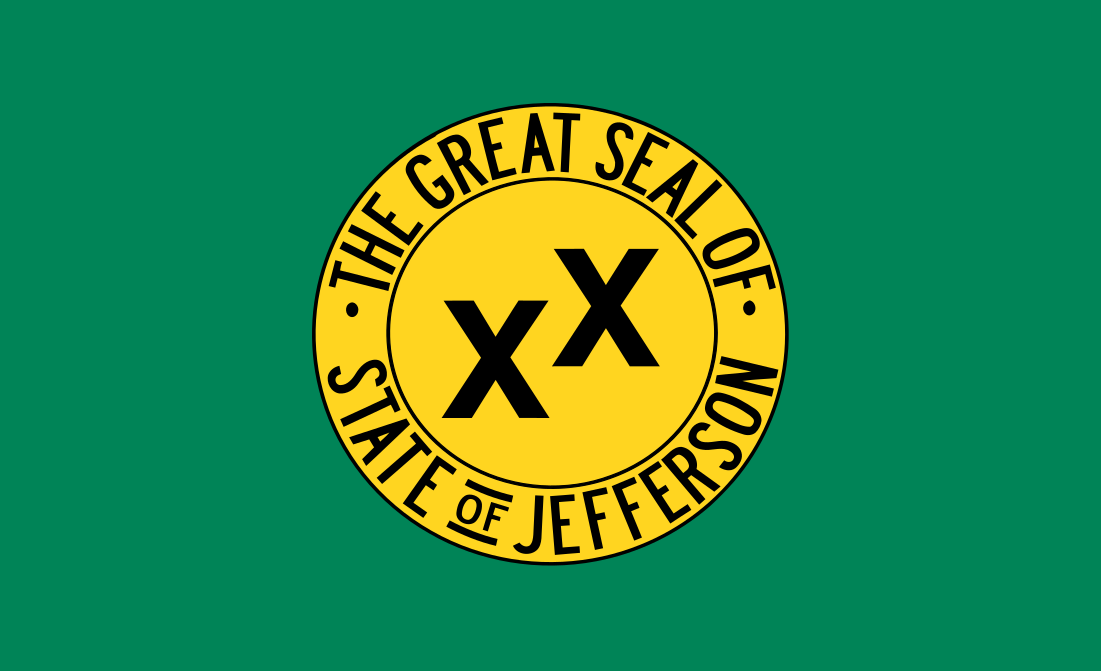